The fanActiv project currently works with nine London club trusts to help improve the physical activity levels and lifestyles of male fans over 35, classed as inactive or overweight.

At the start of the 12-week programme participants undergo health checks and are given a fitbit before taking part in weekly sessions that combine physical activity with expert and easy to follow advice on diet and nutrition.

Physical activity sessions vary and the project has teamed up with the ABA (Amateur Boxing Association), British Cycling and Parkrun giving participants the chance to try something new every week.

Throughout the 12 weeks, fans taking part use a specially developed fanActiv smartphone app to log their daily steps for their clubs into a league table leading to some friendly but fierce competition!

The project, funded by NHS England and The Healthy London Partnership also works with individual clubs to raise awareness amongst fans about leading healthy lifestyles through themed fanActiv matchdays. Health messages are highlighted in matchday programmes, on stadium big screens and through clubs’ social media.

A group of 77 fans from Fulham, Brentford and Tottenham took part in an initial pilot project between January and April 2016 which now been expanded to include fans from six other clubs.

The success of fanActiv saw it win Best Innovative project at the 2016 Beyond Sport Awards and London Sport's 2016 London Sport 'Making it Easier' award. 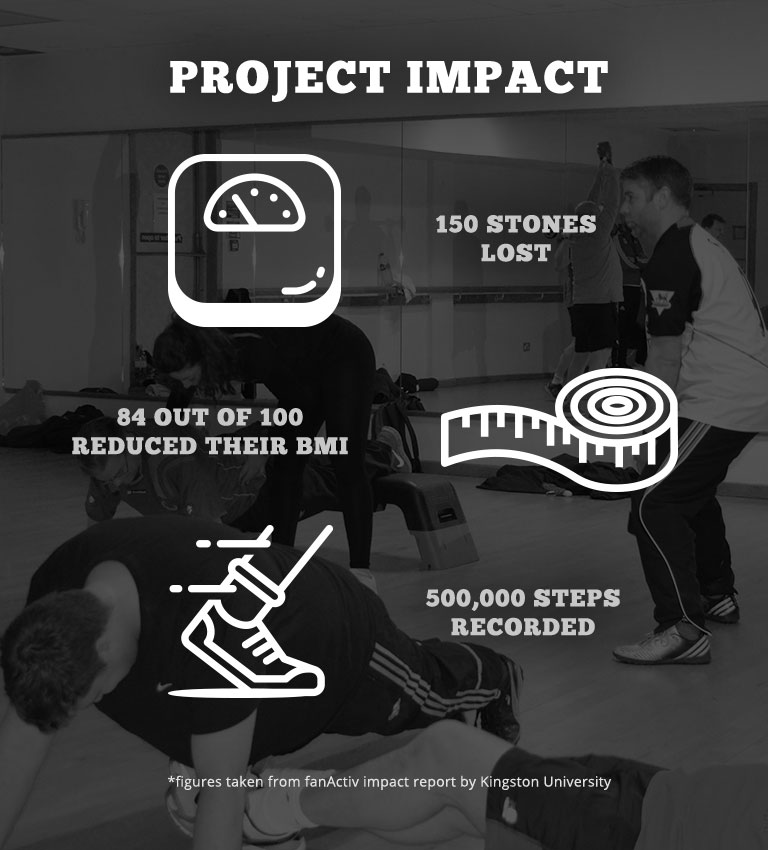